The notion that data from animal experimentation is applicable and accurate to humans is ridiculous. Not only is this statement false, but we are completely in the wrong when it comes to applying outdated animal testing models. These models are inaccurate, outdated, and cause more problems than they solve.

National Anti-Vivisection Society is dedicated to ending the exploitation of animals.

Find out how the National Anti-Vivisection Society wants to end animals in labs.

Animal research is directly tied to advanced human science. But the two fields are widely different, and few links show animal testings have any use on humans. Animal experiments are also cruel, as these experiments put animals in cages and deprive them of experiencing life as nature intended. The need to end the cruelty of these experiments is why in today's episode, we talked with Anna Madsen, Staff Research Assistant, and Pam Osenkowski, science advisor at the National Anti-Vivisection Society.

The National Anti-Vivisection Society is a nonprofit organization that wants to end animal cruelty in all forms. But most importantly, they want to end scientific procedures performed on animals. Instead, they advocate for ethical research that isn't cage-based and wants to uncover new and revolutionary animal models. They say that the traditional animal models are faulty and anything but humane.

Animals Don't Belong in a Lab

Animals deserve to live life as nature intended. Instead, we put them in cages and lie about the "humane methods" of testing. Today's animal models are anything but humane. They are cruel and the opposite of humane science. As such, the organization promotes greater compassion and respect and justice for animals through education and advocacy programs. These programs promote positive solutions that advance humane science, not hinder its development.

Listen to the whole interview to find out how the National Anti-Vivisection Society is fighting against all animal experimentation. They're one of the brave nonprofit organizations that receive no government funding as such, they welcome donations. 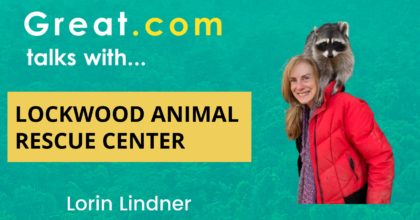 Animal Outlook Is Challenging the Status Quo of Animal Agribusiness