16 Richest Poker Players in the World

Poker can be a really lucrative career for exceptionally skilled players, but there are some who rise above the rest to accrue more championship titles and career winnings. Then, there are those players who are wealthy by other means but are skilled enough to play poker with the best of them.

Let’s check out the 16 richest poker players in the world. We order them by their estimated net worth and give you more info about how they’ve made their money and how much they’ve made playing poker. 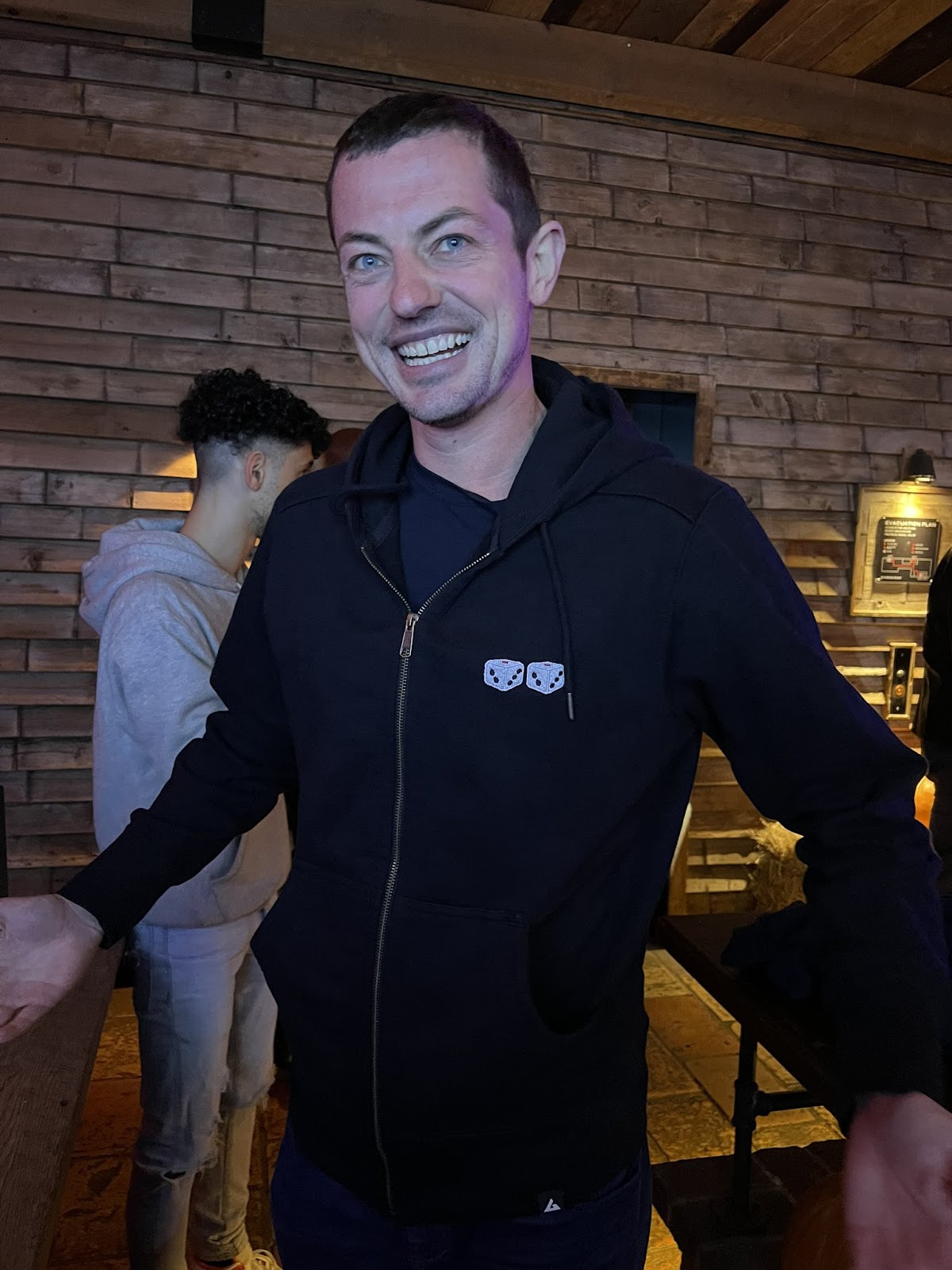 Originally hailing from Edison, New Jersey, Tom Dwan started playing poker at the age of 17. He used a $50 birthday present to get started at online poker, taking up the now infamous username “durrrr.” Within three years of that initial deposit, he made his way to some of the most lucrative online tables there were. Since then, he’s played in many live and online tournaments, including the World Series of Poker (WSOP) and the World Poker Tour (WPT). Though he hasn’t won a bracelet yet, he’s gotten close a few times. Now, he spends his time at the tables in Las Vegas and Macau as well as challenging fellow poker stars to “duels.”

Patrik Antonius was born in Helsinki, Finland. He learned the game from international poker pro Marcel Lüske and even became part of Lüske’s Circle of Outlaws poker team. He’s known mostly for playing high-stakes online games at sites like Full Tilt Poker, where he actually won the biggest pot in online poker history of $1,356,946 against Viktor Blom, aka Isildur1, in 2009.

He’s also a frequent player in the Big Game at the Bellagio and has played in various European Poker Tour (EPT), WPT, and WSOP Online tournaments. While he won huge pots on shows like High Stakes Poker, he actually lost nearly $600,000 to Tom Dwan, another of the richest poker players on this list, while playing on Poker After Dark.

Yes, actress Jennifer Tilly is on our list of the richest poker players in the world, and she’s one of the richest female poker players, too. While much of her $15 million net worth is from her career in the film industry, she’s a stellar poker player in her own right. She started dabbling in the game when she was a kid, getting tips from her father. Then, she gained some serious skills after moving to Hollywood from Victoria, Canada, where she spent much of her childhood. She spent a few years playing her way up to high-stakes tables and tournaments, including the 2005 WSOP where she came in first in the Ladies’ No-Limit Hold’em event. She had a brief retirement from 2008 to 2010, but now she plays in the WSOP and has appeared on Poker After Dark on NBC and High Stakes Poker.

Another entertainer on our list of the richest poker players is former professional magician Antonio “The Magician” Esfandiari. He was born in Tehran, Iran, and grew up in San Jose, California. After a few years as a magician, he started playing Texas Hold ’em and ended up buying into the WPT in 2004, where he won a huge $1.4 million prize as his first-ever big cash win. Since then, he’s won three WSOP bracelets and another WPT championship title. In fact, he won over $18 million in the 2012 Big One for One Drop No Limit Hold’em event.

This young poker star turned casino executive turned poker pro has had a fascinating career in the casino gaming industry. Bobby Baldwin was born in Tulsa, Oklahoma, and was, at the time of his win, the youngest person to ever win a WSOP Bracelet. Over the course of 30+ years, he served as the president of Golden Nugget Casino and The Bellagio, the CFO and CEO of Mirage Resorts, and the Chief Customer Development Officer of MGM Resorts. While at the Bellagio, he installed a private poker room (known as Bobby’s Room) for private, high-stakes games featuring top players on this list.

He was inducted into the Poker Hall of Fame in 2003 with his nickname “The Owl” and he continues to play on the WSOP and WPT circuits.

Antanas Guoga, better known as Tony G, is a former Lithuanian politician and businessman with a knack for winning huge, six-figure pots. Though he’s not won a WSOP Bracelet, he’s finished in the top multiple times. His largest win to date was in 2021 at the SHRB Europe $100,000 Short Deck Hold’em Event — he took home nearly $1.2 million.

Erik Seidel was born and raised in New York City but now lives around Las Vegas, putting him closer to the poker tables he wins at so often. He used to be a professional backgammon player and stock trader, so stress and strategy are his strong suits. And it shows in his poker career, too. He’s won nine WSOP Bracelets since 1992, one WPT championship title in 2008, and one EPT championship title in 2015. What’s more, he’s had 101 WSOP cash wins, putting him in second place for that unique accolade. He was inducted into the Poker Hall of Fame in 2010.

Originally from Fairfax, Virginia, Justin Bonomo used to be a competitive Magic: The Gathering player, but he translated his card strategy skills to the poker table. In 2005 at the age of 19, he became the youngest person sitting at a televised final table during the EPT French Open. Since then, he’s collected four WSOP Bracelets, sat at three WPT final tables, and earned the second-place listing for most live tournament winnings behind fellow richest poker player Bryn Kenney. In 2018, he won $10 million at the No Limit Hold’em Big One for One Drop event, where he also won a WSOP Bracelet.

Daniel Negreanu was born in Toronto, Canada, and has been playing poker since the ‘90s. He plays all around the world in American, European, and Asian tournaments and even plays a good deal of online poker. He’s ranked third for most live tournament earnings, thanks to nearly 150 in-money finishes at WSOP events, 24 at WPT events, and four at EPT events. He was inducted into the Poker Hall of Fame in 2014 and also streams and posts videos on YouTube to help others improve their poker skills.

Bryn Kenney hails from Long Beach and brings his New Yorker attitude with him to the table. Like Justin Bonomo, he was a competitive Magic: The Gathering player and was even ranked number one in the world. In 2007, Kenney switched to poker and quickly collected a number of wins and a decent bankroll, earning him a seat at the 200 East Coast Poker Championships where he won second place. After losing his bankroll multiple times over a few years, he won a WSOP Bracelet.

Kenney still plays live tournaments but is now known for being an exceptionally winning online poker player. At the time of writing, however, Kenney is embroiled in an online poker cheating scandal, which could really impact his reputation and future invitations to tournaments.

Doyle Brunson is a legend in the poker world. He started from humble beginnings in Longworth, Texas, but really got into poker after suffering a devastating injury that jeopardized his dreams of becoming a professional basketball player. He dove into the world of poker, playing both illegal and legal tables all around the South. He has been playing at the WSOP Main Event since its inception in 1970, which is why he’s got 10 total bracelets and 26 final table finishes. He’s also written numerous poker strategy books, sharing the tips and tricks he’s learned over his 50-plus-year career.

Poker Championships and Titles: WSOP Bracelets in 1976 Deuce to Seven Draw, 1991 No Limit Hold’em, and 2005 No Limit Shorthanded Texas Hold’em

As the winningest player in WSOP history, Madison, Wisconsin, native Phil Hellmuth has 16 WSOP Bracelets, going back to 1989 when he won his first-ever title. At the time, he surpassed Bobby Baldwin (and others) as the event’s youngest winner. He holds the record for most WSOP cashes and is in fifth place for the number of Main Event cashes. He regularly appears in poker shows like Poker After Dark, plays in other high-stakes tournaments, like the National Heads-Up Poker Challenge (which he won in 2005), and High Stakes Duel, of which he’s slated to go mano-e-mano against Tom “durrrr” Dwan in May 2022.

California native Chris “Jesus” Ferguson is a bit of a dark horse in the poker world, having been involved in the Full Tilt Poker scandal of 2011 that basically ended his career. However, before this incident, Ferguson and his holy presence graced WSOP and WPT tables. He used his computer science background and exceptional mathematical mind to win five WSOP Bracelets and come just short of winning the first ever National Heads-Up Poker Championship in 2005, losing to Phil Hellmuth. His sixth Bracelet came after a few years away from the scene when he won the €1,650 Pot Limit Omaha Hi-Lo 8 or Better at the WSOPE event in 2017.

Poker Championships and Titles: WSOP Bracelets including Seven-Card Stud in 2000, No Limit Texas Hold’em World Championship in 2000, and Omaha Hi-Lo Split Eight or Better in 2001

Ihsan “Sam” Farha was born in Beirut, Lebanon, and moved to the U.S. in 1975. Farha is often most recognized as the man who lost to Chris Moneymaker at the 2003 WSOP Main Event, but he’s won three Bracelets himself. He’s also appeared on Poker After Dark and High Stakes Poker, and he still grabs a seat at the big tables every now and then, including at the WSOP in 2021. However, he’s made a majority of his money as an investor.

Known as “The Phenom” and “the Tiger Woods of Poker,” Phil Ivey is considered one of the best players due to his incredible skill at live tournaments, private high-stakes cash games (including in Bobby’s Room at the Bellagio), and online poker tables. Though he won his most recent Bracelet in 2014, Ivey still gets to the top in many competitions, including earning 1st place in a Super High Roller Series Europe event in April 2022, the Merit Poker Super High Roller Bowl Europe in August 2021, and the partypoker LIVE Millions Sochi Super High Roller Series in March 2020.

You can even check out his Masterclass to learn more about his strategy and see it in action.

Tampa-born Dan Bilzerian is a standout on this list because it’s widely understood that the majority of his millions were earned from a large trust fund from his wealthy father, lucrative businesses, and being a social media influencer. He’s claimed that he made millions from cash games, but he’s never made it to a final table to prove he’s worth his salt. However, he played (but didn’t win) in the 2009 World Series of Poker Main Event. Bilzerian occasionally plays against billionaires and celebrities in private games and features on Poker After Dark. But he’s still the richest poker player on the planet.

Do you have what it takes to become one of the best? Try your skills at your favorite online casino in New Jersey.

5 Casino Movies Based on True Stories

What Is the Dead Man’s Hand in Poker?

How Old Do You Have To Be To Gamble in the U.S.?

The 13 Biggest Slot Wins of All Time

How To Cheat at Slots

When Do You Double Down in Blackjack?

Is Counting Cards in Blackjack Illegal?