One lucky New Jersey player found fortune at the reels of BetMGM‘s Cleopatra slot on January 27, scooping a massive jackpot win of $916,149.

It comes just weeks after the New Jersey casino introduced the popular linked MegaJackpots slots by International Game Technology (IGT) to their player base, which caused quite a stir.

“When BetMGM introduced IGT PlayDigital’s MegaJackpots games to our platform, we immediately saw the increased excitement among our jackpot players, not to mention the positive impact on our business,” said Matthew Sunderland, VP of Gaming at BetMGM.

Introduced at NJ online casino sites in 2018 after several years of international success, IGT’s Wide Area Progressive (WAP) MegaJackpots slot games include such titles as Cleopatra, Siberian Storm, Golden Goddess, and Ocean Belles. With jackpots starting at $500,000, these slots have allowed online casinos to stand out from the crowd, offering the chance to win life-changing sums of money in a short span of time.

“The recent WAP jackpot hit at BetMGM exemplifies the unique level of excitement that only MegaJackpots games introduce to an online casino and the impressive rewards that they can deliver,” said Enrico Drago, Senior Vice President at IGT PlayDigital. 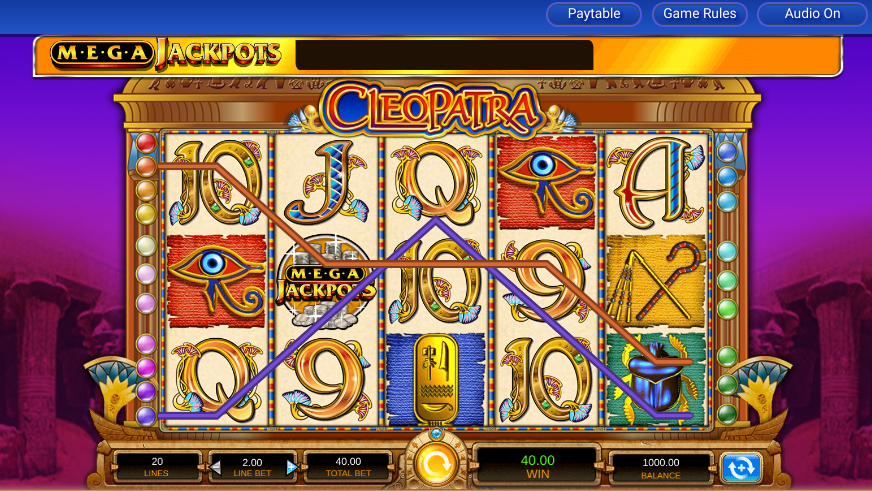 The big money slot that changed the life of that lucky BetMGM player was MegaJackpots Cleopatra. Sporting an ancient Egyptian theme, this ornately designed 20-payline game stars a golden cartouche, an iridescent blue scarab beetle, the Eye of Horus, the crossed crook and flail, and gold and blue decorated 9 to A card symbols.

A retriggerable free spins Cleopatra Bonus feature can be unlocked by finding three or more gold sarcophagus head symbols anywhere on the reels, awarding 15 free spins with all wins tripled.

However, if you want to follow in the footsteps of January’s lucky winner, it’s the Mega Jackpots symbol you’ll need to look out for, with five of them lined up along the center line triggering that $500,000+ progressive jackpot!

Sherri had been on the site for only a short amount of time when she won the life-changing sum, which is the biggest recorded win in the state of New Jersey.

“I had only been playing on BetMGM Casino for three days before hitting the jackpot,” she said. “I had some bad experiences on other NJ casino apps and found BetMGM and just really liked the games so kept playing.”

This unique 192-ways slot game features five reels of different sizes, with 2, 2, 3, 4 and 4 symbols on the respective reels. Offering a lucky Irish theme, this game is filled with four-leaf clovers, the iconic green hat, horseshoes, pots of gold, and vine-covered 10 to A symbols.

Finding three or more wooden barrel symbols anywhere on the reels opens the door to the barrel room, where you’ll get to take your pick of three from the nine barrels for up to 10 free spins with up to 5x multipliers.

So where does the big win potential come in here? Luck O’ The Jackpot is a linked progressive jackpot slot that is available only in New Jersey. Each real money spin of the reels contributes to the game’s five jackpots: Blitz, Quick, Super, Mega, and Colossal.

The best part? You can trigger a shot on The Big One jackpot wheel for a chance to trigger one of those big money wins completely at random at any point during the game!

BetMGM plays host to plenty more big money slots, too, if you fancy your chances at triggering a life-changing win. Here, we’ll take a look at four of our favorites: 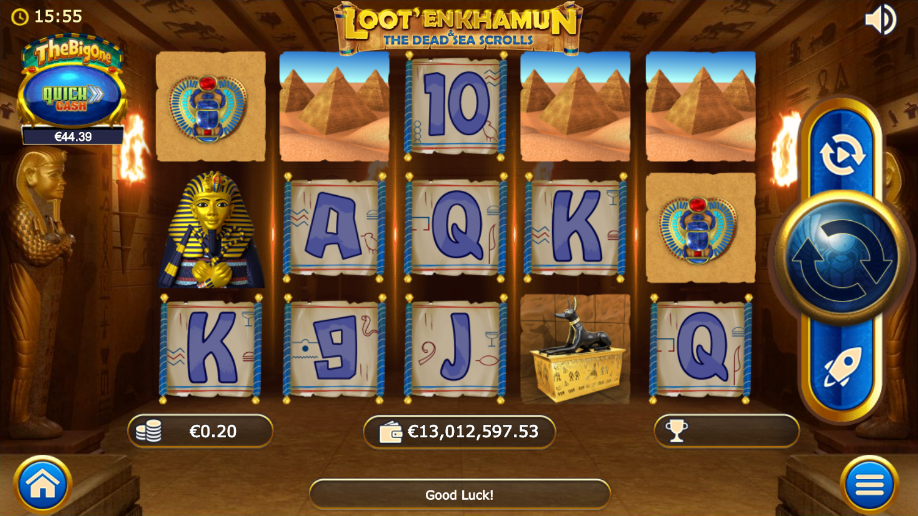 This 243-ways jackpot slot is another in the linked series that shares the same five progressive jackpots setup as Luck O’ The Jackpot. This one takes you to ancient Egypt with a play on renowned pharaoh Tutankhamun’s name as the tongue-in-cheek title.

Find those mysterious hieroglyphics to unlock the game’s free spins round with the professor helping you pick the right tablets for free spins and multipliers. And remember to look out for The Big One jackpot wheel to appear at random at any point during the game for a shot at one of those five jackpots! 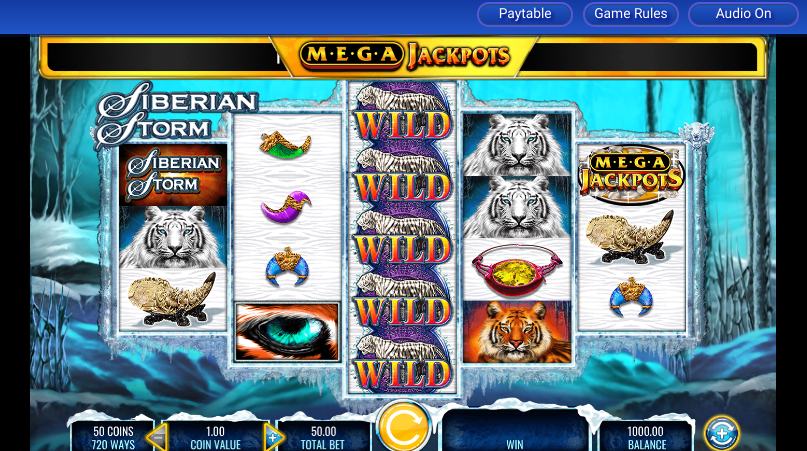 Offering the same MegaJackpots mechanism as Cleopatra, this Multiway Xtra slot game features five reels of 3, 4, 5, 4, and 3 symbols respectively, giving you 720 ways to win in contrast to the common paylines approach.

Featuring a frozen forest backdrop and a beautiful regal white tiger, Siberian Storm sees you matching tiger tooth jewelry of various colors, with extra matching power coming from the white tiger wild. The tiger’s eye symbol is your key to the free spins feature, while lining up five of the Mega Jackpots symbols anywhere on the reels will trigger the jackpot. This 20-payline game features mythical creatures such as Pegasus, Medusa, and the Minotaur, with various effects including Falling Wild Re-Spins and Wild on Wilds adding extra excitement to the gameplay.

Triggering a jackpot win in this game starts by finding three or more free spins scatter symbols anywhere on the reels. Each reel position then turns into its own reel, with your aim being to spin in as many gold coins as you can. Fill one row and you’ll trigger the Minor Jackpot, two rows will trigger the Major Jackpot, and if you fill every position on the grid, you’ll be the proud winner of that progressive Mega Jackpot!

There can be no talk of giant jackpot wins at BetMGM without mentioning the online casino’s flagship slot, MGM Grand Millions. This game offers five reels and a 243-ways setup that pays for matching symbols in any position on consecutive reels. Cash, casino chips, gems, gold bars and the MGM gold lion set the tone for the rich win potential that lies in wait.

Those roaring golden lions are your key to bigger wins in the free spins feature, where your picks will determine the free spins and multipliers awarded during the round. As with other slots in this linked jackpots series, MGM Grand Millions gives you the chance to trigger any one of the five Blitz, Quick, Super, Mega, or Colossal jackpots randomly at any time!

Who Will Be the Next Jackpot Winner?

There’s no shortage of jackpot slots to explore at BetMGM, and with life-changing sums of money waiting to be won, potentially in a single spin, only one question remains: Who will be the next lucky player to trigger a fortune?

How to Start a Lottery Pool

What Is a Lottery Pool, and Should You Start One?

Your Guide to Sports Betting for the Qatar World Cup 2022